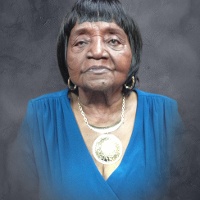 Mrs. Zella Davis, 95 of Gatesville died Sunday, July 7 at Faith Presbyterian Hospice Dallas.  Funeral services will be held at 11 a.m. Saturday, July 13th at Scott’s Funeral Home Chapel. Interment will be at the Oak Grove Cemetery.  The family will receive visitors from 5 to 7 p.m. Friday at the funeral home.

She was born on August 22, 1923 in Gatesville, Texas. She was the daughter of the late Anderson Claude and Zelma Davenport Griffin. She grew up and received her education in Gatesville and later became a cosmetologist. Zella was employed with the State School for Boys and later with North Fort Hood as a Cook. She loved people, especially her family. She enjoyed cooking and her home was always filled with delicious foods and friends.  She was married to the late George Leroy Davis, of Cincinnati, Ohio.

To order memorial trees or send flowers to the family in memory of Zella Davis, please visit our flower store.