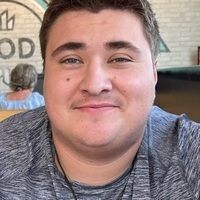 Wyatt Austin Tackett, age 20 of Gatesville, went to be with his Lord and Savior Jesus Christ on August 10, 2021.

Memorial services will be held at 11:00 a.m. Saturday, August 21, 2021 at the Gatesville High School auditorium, 205 S. Lovers Lane, Gatesville, Texas 76528.  The family will receive visitors following services at the school.

Wyatt touched so many people during his time on this earth and left a hole in the hearts of all who knew him. He was born on September 4, 2000 in Temple.  He spent his entire life in Gatesville, graduating from Gatesville High School In 2019 and was attending Hardin-Simmons University in Abilene.

During his all too short life, he had many accomplishments.  He participated in sports all his life, including Jujitsu, basketball, track, power lifting and football.  His favorite sport was football.  He started playing in the first grade, played on the offensive line for the Hornets and was playing at Hardin-Simmons.  He represented Gatesville High School in the Fellowship of Christian Athletes (FCA) Victory Bowl in 2019, offensive lineman of the year for the Hornets in 2019 and was a member of the State-Champion GHS Lineman’s Challenge team in 2018.  He was a member of the National Honor Society in high school, received academic all-state honors in football and track in both his junior and senior years and made the Dean’s List at Hardin-Simmons University.

Wyatt accepted Jesus Christ as his Lord and Savior and led by example. He loved his family and was always a role model for his cousins.  He enjoyed spending time with family, pulling pranks and was a “Man-Child at heart”.  His favorite pastime was eating Studebakers Chicken Bacon Ranch Pizza and Chicken Alfredo.

To order memorial trees or send flowers to the family in memory of Wyatt Austin Tackett, please visit our flower store.