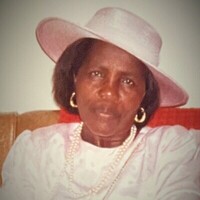 It is with heavy hearts the family of Wilma Anna Delores Charles announces her passing on April 09, 2022 in Gatesville, Texas.

A beloved mother, grandmother, great-grandmother, mother-in-law, sister, aunt, cousin and friend. Wilma was born in Cedar Grove Village, Antigua, West Indies. In 1966 she moved to St. Thomas, USVI where she was employed by the Government of the Virgin Islands and subsequently retired.

And God shall wipe away all tears from their eyes; and there shall be no more death, neither sorrow nor crying, neither shall there be any more pain for the former things are passed away - Revelation 21:4
To order memorial trees or send flowers to the family in memory of Wilma Anna Delores Charles, please visit our flower store.