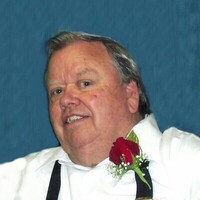 Willie was born on March 20, 1935 in Eagle Springs to the late Willie E. “Bill” Seals Sr. and Mary Bell French Seals. Willie enlisted in the US Navy at the age of 16, in 1952 where he served for 20 years before being Honorably discharged in 1972. He was stationed in California and Florida and visited many places during his time of service. He then moved back to the Gatesville area in 1973. On May 1, 1975 Willie married Nora Marie Fischel in Gatesville. He was a member of Flat Baptist Church. Wille enjoyed repairing televisions and opened Seals TV Repair after he retired from the military. He enjoyed working in his yard and kept it in pristine condition.

To order memorial trees or send flowers to the family in memory of Willie Earnest Seals Jr., please visit our flower store.