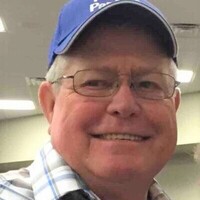 Wayne was born on May 19, 1954 in Giles County, Virginia to the late Frank Marion and Dorothy White Songer. He attended school in Gatesville until his mother fell ill and he quit school in 8th grade to get a job and help support his family. He later found his way back to Virginia where he worked as a logger and as a truck driver hauling crushed cars. Upon his return to Texas, he went to work as an independent truck driver hauling gravel, it was through this job that he met the love of his life, Mary Logan Songer. After they married, he worked for his longtime friends, Joe Bob Rueter Construction and Robert J. Hunt at his cattle feed lot. He went to work for Coryell County Road & Bridge, before going to TTG Utilities, where he retired after 25 years.

Wayne was the most kindhearted man that you would ever meet, and he never met a stranger. When he married Mary in 1983, he took on the role of a father to her 3 kids, Melissa, Marsha & Rodney and took them under his wing as his own. Bridgette came along a few years later and totally stole his heart.

Wayne loved BIG, he liked to hunt with Rodney and fish with Oran and Brad, he loved his animals, especially Ammo. He followed Thiele to all of his sports, livestock shows and loved his music. He spoiled Vanessa with chocolate covered strawberries every Valentine’s day. He also loved playing with all of his great grandkids. One of his favorite past-times was flirting with and picking on the waitresses at the coffee shops and restaurants.

Wayne was preceded in death by his parents and his granddaughter, Jessica McGehee.

In lieu of flowers, donations may be made directly to help Wayne’s family or the Coryell County Youth Fair.

To order memorial trees or send flowers to the family in memory of Wayne Songer, please visit our flower store.