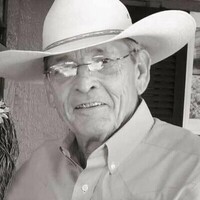 Tony McClenny of Gatesville, Texas, joined his Heavenly Father on April 17, 2021 at his home.

Memorial services will be held at 11:00 a.m. Wednesday, April 21, 2021 at King Baptist Church, with Pastor Charles McKamie officiating.  Visitation with the family will be one hour prior to services at the church.

Tony Marvin McClenny, was born August 9, 1942 in Lindale to the late Codia Everett and Ruby Ilene Gibson McClenny. Tony was the middle child with one sister, Julia and three brothers, Pat, Mike and Dick.  He attended Lindale Schools and Tyler Junior College.  In 1964, Tony joined the Army and was later stationed in Germany for 32 months.  After returning from Germany, in December of 1966 he married the love of his life, Sharon Haschke.  They together had three children; twin daughters, Bretta and Rhetta and a son Justin.   After leaving the Army, Tony worked for Sun Oil Company in Big Wells for over 27 years.  He built his family a home in Cotulla with his own hands.  After his retirement, they moved to Gatesville, where he enjoyed his cattle ranch.  In Cotulla, he was a city council member and an EMT ambulance service volunteer. After moving to Gatesville, he was part of the Texas Heritage Association, Farm Bureau board member and a Coryell County Republican Party Election Judge. Tony was a natural artist, avid reader and Rush Limbaugh fan!

Tony was a loving, devoted husband, father and grandfather and brother.  He had a strong trust in his Savior and Lord Jesus Christ and was a member of King Baptist Church, where he taught Sunday school.

He is rejoicing in Heaven, with his parents, brother-in-law, John Jarman, sister-in-laws, Shirley and Linda McClenny and best friend, Jim Bob Simmons.

In lieu of flowers, the family has designated that memorials be made to King Baptist Church, c/o 601 CR 135, Gatesville, TX 76528.

To order memorial trees or send flowers to the family in memory of Tony McClenny, please visit our flower store.