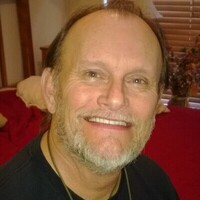 Graveside services with military honors, will be held at 10:00 a.m. Wednesday, July 28, 2021 at Restland Cemetery in Gatesville, with Brian Parker officiating.

Tim was born on August 8, 1950 in Ft. Worth, to Nettie Myers Yeaman and the late Rudolph Yeaman.  He grew up in Natchez, Mississippi.  He entered the U.S. Army in 1968 and served in Vietnam from 1969 to 1970 in the 25th Infantry Division, where he received the Bronze Star Medal and Purple Heart. He was honorably discharged as a Sergeant in 1971. He married the love of his life, Lorene McLeod in 1977.  Tim worked for The Hockaday School for girls in Dallas, from 1992 until his retirement in 2015.

To order memorial trees or send flowers to the family in memory of Tim Yeaman, please visit our flower store.