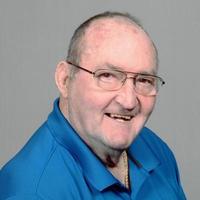 Funeral services will be held at 10:00 a.m. Friday, Nov. 29, 2019 at First United Methodist Church of Gatesville, with Rev. Stephen Schmidt officiating.  The family will receive visitors following services at the church.  Interment will be held at 2:00 p.m. Monday, Dec. 2nd  at Central Texas State Veterans Cemetery.

Thomas was born on April 30, 1940 in Seagraves, Texas to the late J. C. and Eula Pauline Jackson.  He graduated from Andrews High School in 1958.  He graduated with a B.S. Degree from Oklahoma State University, where he played football “#44” from 1959 to 1963.  He received his Master’s Degree from Midwestern University.  Thomas served two years in the U.S. Army and was honorably discharged as 1st Lieutenant.  After his discharge, he began his coaching career in Odessa, Vernon and at several schools across the state of Texas.  He married Janet Hathcock in 1975. After his retirement, they moved to Gatesville in 1999 and became a counselor for the Windam School District.  Along with his love for sports and O.S.U, he enjoyed hunting, fishing and golf.  He was a member of the First United Methodist Church of Gatesville.

He was preceded in death by his wife, Janet; and a son, Rance Jackson.

To order memorial trees or send flowers to the family in memory of Thomas L. Jackson, please visit our flower store.