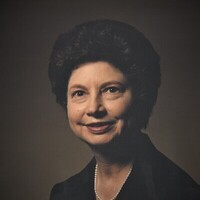 Thelmarene McCarver Stobaugh, age 94 of the Levita community, passed away on the morning of September 29, 2021.

Funeral services will be 2:00 p.m. Tuesday, October 5, 2021 at Scott’s Funeral Home with Larry Williams officiating. Visitation with the family will be one hour prior to the service. Thelma will be privately laid to rest next to Johnny in Gatesville City cemetery.

Thelmarene (McCarver) Stobaugh was born April 18, 1927, in Gatesville to the late Lee Snowden McCarver and Vera (Barton) McCarver. She attended school in White Hall and Gatesville.

She married Johnny Stobaugh on Oct. 11, 1969. She was a hard worker and spent her working years at Stillman’s Department Store, Community Public Service, the Corp of Engineers, the State School for Boys, and ultimately co-owned Johnny Stobaugh Used Cars in Levita with her husband.

She is preceded in death by her husband, Johnny Stobaugh, her parents, sister Dorothy (McCarver) Williams, and great-nephew Tyler Williams.

In lieu of flowers, donations may be made in Thelma’s memory to the Levita Fire Department.

To order memorial trees or send flowers to the family in memory of Thelmarene Stobaugh, please visit our flower store.