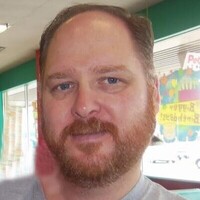 Scott Jageler, age 49 of Houston, formerly of Gatesville, passed away in his home on Friday, April 2, 2021.

Steven Scott Jageler was born on March 26, 1972 in Gatesville. He grew up in Gatesville and graduated from Gatesville High School in 1990. He entered the U.S. Marine Corps and served four years, being honorably discharged in 1995. He then studied and received an Associate Degree in computer systems and network administration from T.S.T.I. He moved to Houston when he was offered a job at Western Atlas where he worked for one year as a network engineer then accepted a position at St. Luke’s Episcopal Hospital. He made a career with St. Luke’s working as a Network Engineer/Administrator for over 20 years.

In lieu of flowers, the family requests memorials be directed to The Boys and Girls Club of Gatesville, 2533 E. Main Street, Gatesville, TX 76528 or JMB Fishing Foundation Inc., 431 Lakeland Park Cir, Mart, TX 76664-5161 who works with children with special needs.

To order memorial trees or send flowers to the family in memory of Scott Jageler, please visit our flower store.