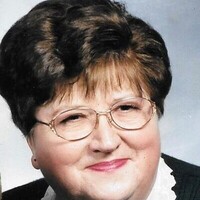 Ruth Gilbreath Jones went to be with her Lord and Savior Jesus Christ on October 8, 2022 after a brief illness. Funeral services will be held Thursday, October 13 at 10:00 am at Scott’s Funeral Home with burial to follow at Davidson Cemetery. Visitation will be Wednesday, October 12 from 6:00 pm to 8:00 pm at the funeral home.

Ruth was born in Coryell County May 14, 1941 to Elliot Lee and Clara Mae (Fletcher) Gilbreath, the youngest of eight children. Because she was so small, she was known as “Tiny” for most of her life. She met and married Stanley David Jones October 2, 1960, and attended Temple Beauty School to become a licensed cosmetologist. She completed her education with an Associates Degree from McLennan Community College in Instruction of Cosmetology. After working for others as a hairdresser, she opened her own business, “Hair Mystique”, which operated on Main Street in Gatesville until her retirement.

She was the proud mother of three daughters: Melanie, born in 1965, and “the twins,” Holly and Heather, born in 1970. She threw herself into supporting her husband’s masonry career, music performances, and children’s activities, becoming coach of her daughter’s softball team, Band Booster President, and youth leader at the First United Methodist Church, Gatesville. She was elected President of the Gatesville Exchange Club, and took great joy in singing in the Waco Civic Chorus, being a representative for Hochheim Insurance, becoming highly skilled at ballroom dancing, being a part of Clan Galbraith, traveling around the world, and planning and enjoying trips with groups from the First United Methodist Church. She was a lifelong member of First United Methodist Church of Gatesville.

In lieu of flowers, if desired, memorial contributions may be made to the First United Methodist Church, 2600 East Main Street, Gatesville, Texas 76528.

To order memorial trees or send flowers to the family in memory of Ruth Jones, please visit our flower store.