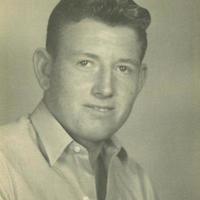 Robert J. Hunt, age 83 of Gatesville, passed away on the morning of February 6, 2020. Funeral services are scheduled for 10:00 a.m., Monday, February 10, 2020 at Scott’s Funeral Home. There will be a private family burial that follows the service. There is no set time for visitation. Robert was born on March 7, 1936 in Gatesville, TX, to the late, Troy Lee and Walcie Ezell Spence Hunt. He grew up and attended school in Gatesville.  Robert was a rancher his whole life.  He owned a feed lot in Osage for over 30 years. Robert also followed in his father’s footsteps and worked for the Gatesville Commission Company, starting at an early age. On November 12, 1962 Robert married Dorothy Dorsey in Gatesville. Robert loved watching football games of his beloved Dallas Cowboys and Baylor Bears. He also loved cattle, but most of all Robert was a dog lover. He would pick up any dog and bring them home, any dog! He was preceded in death by his parents, and brothers, Don and Ronnie Hunt. Robert is survived by his wife of 58 years, Dorothy Hunt; children, Susan Hunt, Pat Hunt, and   Joanna Snow and husband, Ronny; grandson, Levi Snow.
To order memorial trees or send flowers to the family in memory of Robert J. Hunt, please visit our flower store.