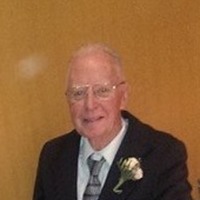 Richard Paul Casner, age 82 of Gatesville, TX, formerly of Killeen, TX, went to be with Jesus on the afternoon of January 10, 2020. Richard was born on October 7, 1937 in Alton, IL to the late Joseph and Clara Eisenrich Casner. He grew up in Alton and joined the Army in 1955. Richard was a Vietnam Vet having served two tours of duty. After retirement in 1976, he worked in the heating and air conditioning business.

He was preceded in death by his parents, and a sister, Marjorie Gorman.

Richard is survived by his wife of 63 years, Alice Casner of Gatesville; a daughter, Pam Goucher of Marion, AR; a son, Joe Casner of Gatesville; 2 granddaughters, Shannon Sanders of Jonesboro, AR and Amanda (Tim) Weatherford of Cordova, TN; a grandson, Justin Goucher of Conway, AR; 4 great-grandchildren; a sister, Velma Stipanovich of Dewey, AZ; a brother, Duane Casner of Alton, IL; and numerous nieces, nephews and other family members.

To order memorial trees or send flowers to the family in memory of Richard Paul Casner, please visit our flower store.