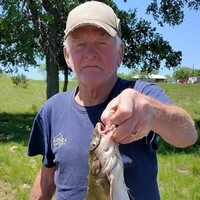 Raymond L. Stalnecker, age 78 of Purmela, passed away on the morning of December 22, 2020 surrounded by his loving family. There are no services planned.

Raymond was born on March 1, 1942 in Reading, PA to the late John K. Stalnecker and Eileen Esterly.  He grew up and attended school in Reading. Raymond married Joann Choiniere in 1965.  He joined the army at a young age. Raymond served his Country proudly and retired from the military. He and Joann had three children during this time. After the death of his first wife, Raymond was lucky enough to find love again in his second wife Susan Meadows. They enjoyed a loving relationship until his death.

He was preceded in death by his parents; and his first wife.

Raymond is survived by his wife, Susan Stalnecker; his children, Dawn, Timothy and Melissa and their spouses; 8 grandchildren; and 5 great grandchildren.

He was a great man that will be missed by all who knew him.

To order memorial trees or send flowers to the family in memory of Raymond Larry Stalnecker, please visit our flower store.