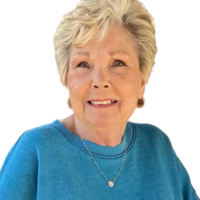 Phyllis Head, age 84, of Gatesville, passed away peacefully on Saturday, Oct. 22, 2022 surrounded by her family at her home in Gatesville.

Visitation will be held at 12:00 p.m. on Thursday, Oct. 27, 2022, with funeral services to follow at 2:00 p.m. at Scott’s Funeral Home Chapel, with Jonathan Ford officiating.  For those unable to attend, services will be live streamed at www.scottsfh.com.  Interment will follow at Restland Cemetery.

Phyllis Raye Caldwell Head was born on January 19, 1938, in Gatesville, to the late Ralph and Bertha Mae Fulp Caldwell.  She grew up in Gatesville and graduated from Gatesville High School in 1956.  After graduation she worked at Fort Hood, where she later met Richard (Dick) Gellasch.  They married and moved to St. Claire Shores, Michigan in 1961 before returning to Gatesville in 1968 with her family. With her family, Phyllis started The Fillin' Station Restaurant in 1974.  She ran the restaurant for several years, where she created great friendships and many memories.  She eventually sold the restaurant and later began a new career at Medical Plastics Laboratories.  While working at Medical Plastics, she was introduced by a close friend to Perry E. Head.  They married in 1994 and were married for twenty-six years, until he preceded her in death in 2021.  They built a ranch together, where they enjoyed spending time with family and friends.  Throughout the years she enjoyed many family vacations to the beach and in the mountains.  Phyllis took great pride in her community, staying actively involved with her GHS Class of 1956 classmates.  She was a member of First United Methodist Church of Gatesville.

She was preceded in death by her parents, husband, Perry Head and sister, Derry Jean Marris.

In lieu of flowers, the family has request that memorials be directed to The Big Sting, 3417 Imperial Dr., Gatesville, TX 76528.

To order memorial trees or send flowers to the family in memory of Phyllis Head, please visit our flower store.