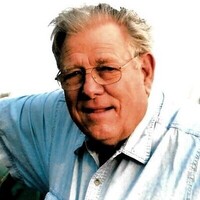 Perry was born on April 24, 1941 in Waco, to the late William Perry and Willie Stelle Head.  He grew up in Waco and graduated from Waco High School in 1960.  He worked at Hercules in McGregor for many years, until he opened Unique Machine Shop in 1977, in Oglesby. He was married to Dolores Saffle Head for twenty-five years, until she preceded him in death.  He later married Phyllis Caldwell Gellasch on June 18, 1994.  For many years, he coached girls softball and was instrumental in bringing the softball program to Gatesville High School.  He loved fishing, especially in south Texas and Mexico, hunting and the outdoors.  He also enjoyed spending time on his ranch with his cattle and watching his grandchildren’s sporting activities.  Perry supported his community and in 2009 was honored with having the Coryell County Youth Fair dedicated to him.  He was very generous, patriotic, loving and “loved life” in general.  He was a member of the Church of Christ.

In lieu of flowers, the family has designated memorials be made to the Coryell County Youth Fair, P.O. Box 133, Gatesville, TX 76528.

To order memorial trees or send flowers to the family in memory of Perry Head, please visit our flower store.