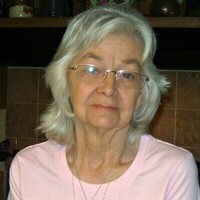 Peggy was born on June 25, 1933 in Evans, Louisiana to Paul Mitcham and Essie Smith. After graduating high school she worked to put herself through secretary school in Texas before she met and married her husband, Paul F. Weir, Sr. She worked as a paralegal and secretary in several states before settling her family down in Copperas Cove, Texas in the early 1970’s, where she took a job as a General's secretary on Fort Hood. She retired from civil service in 1997 and devoted her time to her family and her church, Fairview Community Church. Peggy was known for her generous heart and kind spirit. Truly, to know her was to love her, for she always sought the good in a person and forgave everything else.

To order memorial trees or send flowers to the family in memory of Peggy Jean Weir, please visit our flower store.