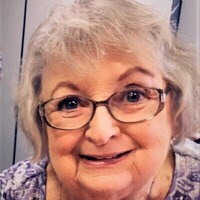 Peggy was born on November 27, 1940 in Cherry Tree, Pennsylvania.  She grew up in Cherry Tree, until moving to Sandusky, Ohio later in her childhood.  She moved to Gatesville in 1981.  Peggy worked for Anchor Industries, Deck Boat for several years, until going to work at Smead Manufacturing in McGregor until her retirement in 2006 after 20 years of service.  She also was as a home health worker for Coryell Health, for many years.  She was a member of Coryell Community Church.

She was preceded in death by her parents, Walter and Grace Hopkins; and a great grandchild, Paisen Caldwell.

To order memorial trees or send flowers to the family in memory of Peggy Grimes, please visit our flower store.