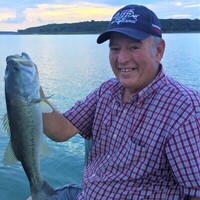 Funeral services are scheduled for 3:30 p.m., Thursday, October 1, 2020 at First Baptist Church.  The service will also be live-streamed at www.fbcgatesville.com then click on Links and then click on First Baptist Church of Gatesville Facebook.  Burial will follow at Flint Creek Cemetery.  There will be an open visitation, Wednesday, September 30, 2020, from 10:00 a.m. to 5:00 p.m. at Scott’s Funeral Home.

Paul was born on July 8, 1951 to Dinkie and Billie Lam and was named after his uncle who was buried at sea during World War II. He grew up and attended school in Flat, TX.  He graduated from Gatesville High School in 1969. He met Linda Scott in college at Stephen F. Austin and they married May 21, 1972.  He served in the Air Force and the two of them lived in Big Spring, TX where he was stationed.  Later, after moving to Gatesville, Paul and Linda became members of First Baptist Church. Paul worked as a carpenter alongside his dad, Dinkie for many years, building many homes for Gatesville families.  He loved bass fishing and participated in many tournaments with his fishing buddies.  He also loved to hunt and enjoyed raising cattle.  Two of his greatest treasures were his granddaughters, Addi and Autumn.

His family will certainly miss his elaborate stories, which were also shared over the years with his buddies at the local coffee shops.

Paul was preceded in death by his father, Dinkie Lam.

Memorials may be made to First Baptist Church, 912 E. Main Street, Gatesville, TX 76528

To order memorial trees or send flowers to the family in memory of Paul Lam, please visit our flower store.