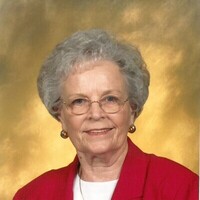 Funeral services will be held at First Baptist Church on Tuesday, June 23, 2020 at 11:00 am. Family will receive visitors in the church parlor at 10:00 prior to the service. The service will also be live-streamed at www.fbcgatesville.com.  Burial will follow at Pearl Cemetery.

Oma Lee was born on June 4, 1925 in Pearl, Texas to the late Walter and Bertha Chandler Medart.  She was raised on the family farm in Pearl with six brothers and sisters.  At the age of eight years old, her father passed away, leaving her mother to manage the farm and keep the family together.  She graduated from Pearl High School in 1942.  She married Jack Petty in 1942 at the Methodist pastor’s home near Arnett.  Jack served in the U.S. Army during WWII.  During the Battle of the Bulge, he went Missing In Action, and was believed to have been a casualty of the battle.  Oma Lee later married Milton Coward in 1948 in the Baptist minister’s home in Gatesville.  They attended First Baptist Church and later joined the church in 1952.  She worked as a receptionist and bookkeeper for Dr. Lowreys’ medical clinic, Guaranty Bank & Trust and Leaird’s Department Store. Milton preceded her in death on August 6, 2004.

Oma Lee became a Christian when she was 16 years old.  She was a faithful member of the First Baptist Church of Gatesville and loved to minister to homebound members. She also had a heart for women’s prison ministry and served as a mentor for over 15 years.  Her legacy of faith was that, when you depend on the Lord, you’re happy.  She demonstrated that in everything she said and did.

She was also preceded in death by her three sisters and three brothers.

In lieu of flowers, the family encourages memorials be made to First Baptist Church, 912 E. Main Street, Gatesville, TX 76528 or to Discipleship Unlimited Prison Ministries www.discipleshipunlimited.org.

To order memorial trees or send flowers to the family in memory of Oma Lee Coward, please visit our flower store.