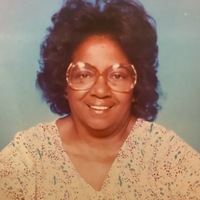 Odessa Centella Stanton was born on May 10, 1929 in Cleburne, to the late Paul and Pecolia (Brown) Slaton. She attended school in Nacogdoches and graduated from E. J. Campbell High School. She married Marion C.D. Nunn on September 10, 1947 and to this union seven children were born. She was a military housewife and spent time in Germany, Washington, and Utah. She returned to Texas and began working for the Texas Youth Commission in 1976. She met Walter E. Stanton in June of 1977 and they were wed on April 11, 1984 in Monahans. She retired in 1997 from the Texas Youth Commission in Brownwood. She returned to Gatesville, where she was active at her local church, Grace Assembly Christian Church, and was a volunteer at Coryell Memorial Hospital and H-E-B.

To order memorial trees or send flowers to the family in memory of Odessa Stanton, please visit our flower store.