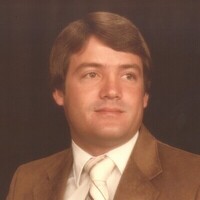 Mike Magee, age 65 of Lorena, passed into the arms of God on Thursday, December 10, in Waco.

Private family burial will be in the family plot at Mound Cemetery.  Memorial services for the public, will be held at 2:00 p.m. Friday, December 18, 2020 at the open air tabernacle at White Mound Baptist Church, respectfully with social distancing and facial covering guidelines being observed.

Michael Maurice Magee was born on April 22, 1955 in Gatesville, first born son to Maurice and Sue Blanchard Magee.  He grew up in the Mound community of Coryell County and was known in those early years as “Little Mike” because of his stature.  He made a profession of faith in Christ in his teens and became a member of White Mound Baptist Church.  He graduated from Gatesville High School in 1973, after which he enrolled in a trade school with the intent to become proficient in the field of computer science.  Mike found that unrewarding and took a job with Texas Hydraulics, where he was still employed at the time of his death.  He would eventually marry Terri (Bankhead) Gattis in 1993.  She had a son, Brent, whom Mike loved dearly. Both, Terri and Brent preceded him in death.

Mike’s pastime was spent at the family farm in Mound, where he ran a few cows, and performed other farm chores. He was an avid deer hunter. He was a pleasant person, honest, caring, generous and easy going.  You had but to mention a need that he would not try to help. He will be sorely missed by everyone in the family, as well as the many friends he acquired over the years.

In lieu of flowers, the family has designated memorials be made to the Mound Cemetery Association, P. O. Box 177, Mound, Texas 76558.

To order memorial trees or send flowers to the family in memory of Mike Magee, please visit our flower store.