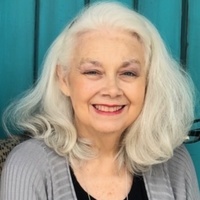 Melinda Gunnels, age 70 of Gatesville, passed away on Monday, September 16, 2019 in Gatesville.

Melinda was born on July 14, 1949 in Crockett, Texas to the late S.L. Morgan, Jr. and Betty Jo Kinder Morgan.  She grew up in Crockett and graduated from Crockett High School.  She married Jerry Gunnels on December 23, 1966.  They moved to Gatesville in 1982 and she worked for Texas Dept. of Criminal Justice, retiring from the Mountain View Unit as Chief of Classification.  She received an Associate Degree from Central Texas College and was a member of Hay Valley Baptist Church.

She is survived by her husband of 52 years, Jerry; son, Clint Gunnels; daughter-in-law, Susie Gunnels; and two grandchildren, Garrett and Morgan Gunnels.

To order memorial trees or send flowers to the family in memory of Melinda Gunnels, please visit our flower store.