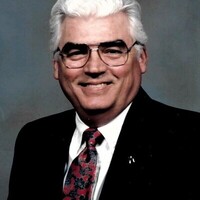 Maurice Magee, age 86 of Gatesville, went to be with his Lord and Savior on Monday, February 1, 2021 at the Magee Farm near Mound.

Services with burial at Mound Cemetery will be privately held.

William Maurice Magee was born on August 15, 1934, the eldest son of the late Edd and Halley Dunn Magee.  He was reared on the family farm, near Mound in Coryell County.  He was a graduate of Gatesville High School and John Tarleton College.  He married Sue Blanchard, the daughter of Dick and Bertha Anderson Blanchard on February 23, 1955.  He and Sue lived to celebrate 65 years of marriage bliss and were blessed with four children to their union.  He was a retiree out of the aerospace industry, employed by such companies as Astrodyne, Rocketdyne, and Hercules Corporations.  His principle field of endeavor was in the field of Quality Assurance.

In lieu of flowers, the family has designated memorials be made to the Mound Cemetery Assn., P.O. Box 177, Mound, TX 76558 or charity of choice.

The following poem was written by Maurice and has a special meaning to his family and all who knew him.

THE EARTH IS CALLING

The earth calls me now

and inaudible though it be

I hear it clearly all the same

Ashes to ashes and dust to dust

I believe the scripture reads

And so it is with this early flesh

As God has so decreed

Dust thou art, to dust returneth

the cycle of birth and death

The air I breathed while upon this earth

was God’s and not mine to possess

My body was composed of stardust

in proportions similar to Mother Earth

and the universe here below

My spirit, however, is of another world

composed of God’s own breath

a mystical thing of eternal worth

existing long after my earthly death

My soul is a future mystery

Will my individuality survive?

Will my mind, will, and emotions

someday come back to life?

The scriptures suggest that it will

on that future resurrection day

when the souls of the dearly departed

burst forth from their early graves

I’ll stand before my Maker

with my hat in my hand

A quiet nod from an angel

and I’ll move to take the stand

The Judge of heaven will sit quietly

while the angels open the books

to a name I’m most familiar with

and the Judge peers to take a look

I see your name in the Book of Life

Your debts have been paid in full

by Jesus Christ, my only Son

On the hill called Calvary’s skull

Let the record show “Not Guilty”

Please step down from the stand

Issue this man another body

and transport him to the Promised Land

To order memorial trees or send flowers to the family in memory of Maurice Magee, please visit our flower store.