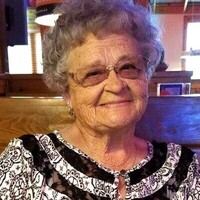 Funeral services will be held at 10:00 a.m. Saturday, July 30, 2022, at Scott’s Funeral Home Chapel in Gatesville, with Rev. Jackie Cox officiating.  Interment will follow at Restland Cemetery.  Visitation with the family will be one hour prior to services at the funeral home.

Margaret Ann Hodge was born on December 20, 1939 in Crawford, to the late Tee and Effie Alford Mobley.  She grew up in the Mound community, where she also attended school.  She married Donald Hodge on June 21, 1961.  They resided in many locations, while he served in the U.S. Air Force.  After her husband’s retirement from the military, they resided in Austin, moving to Lytton Springs in 1986.  She was an accomplished artist and developed her own unique style of painting in the early 1960’s, through extensive traveling and life experiences.  She was self-taught and exhibited her work and taught oil painting workshops and classes and various states and the Far East.  For eight years, her studio was located in Clovis, New Mexico, where many students sought her knowledge and abilities.  She was a member of the San Marcos Art League.

She was preceded in death by her husband of 54 years, Donald Hodge; son, Vincent Hodge; and a sister Joyce VanCleave.

To order memorial trees or send flowers to the family in memory of Margaret Hodge, please visit our flower store.