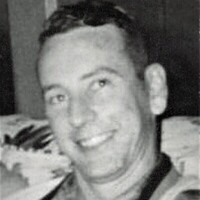 Louis was born on August 1, 1932 in Beaumont, TX to the late Al Penn and Jewel Forrest Rabb. He grew up and attended school in Beaumont, graduating from South Park High School in 1951. Louis joined the United States Navy in 1951 and served during the Korean Conflict and Vietnam. He retired from the Navy after 20 years of service and moved to Gatesville where he went to work at the Mountain View Unit, when it was the Gatesville State School for Boys. Louis later worked as an electrician for Wes Nichols for a few years before going to work as a rural mail carrier for the United States Postal Service in Gatesville in 1980. He married Elaine Andrews on February 18, 1958 in Gatesville, and was a member of the First United Methodist Church in Gatesville.

He was preceded in death by his parents.

To order memorial trees or send flowers to the family in memory of Louis Reid Rabb, please visit our flower store.