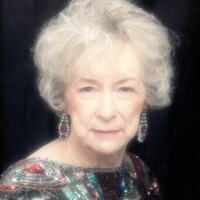 Lorene (affectionately known as Nanny) left this life on May 27, 2021 in Gatesville, Texas.  She went peacefully listening to her beloved Alan Jackson.

Lorene was born to James Sidney Lambert and Savannah (Annie) (Nunley) Lambert, on July 30, 1928. After the death of her mother in 1940, Lorene had a hard childhood and had to quit school at 13 to take care for three younger brothers to include one that was 28-days old.  She did farm chores, housework, cooking, and laundry to help the family survive. She learned the value of hard work at a very early age.

In the summer of 1948, she married a soldier named JB Wilson who was the love of her life.  He was her lifelong love, the marriage lasted for almost 44 years, until he passed this life in 1992. After his passing, she turned her love and attention toward the children. They had two daughters and informally adopted two special sons.

For the 22 years JB was in service to our country, they traveled the United States and the world, seeing what Lorene considered "beautiful places." She kept their home and waited patiently for him when he left to go to the Korean Conflict and World War II.  No matter where they were stationed, be it US Army Garrison (USAG) Fort Lewis, WA; USAG Stuttgart, Germany; USAG Fort Buckner, Okinawa; or the many times in Texas, Lorene supported the soldiers by doing ironing and/or babysitting.  She saved enough money from doing this when they were in Germany to buy a new car.  She was proud to work to support the troops and her husband.

JB retired from service in 1962, and they settled in Gatesville, Texas. This is where they made their forever home and were entirely devoted to each other, their two daughters, and informally adopted two sons.

Lorene soon found jobs at Jones Cleaners, Goodrich Five and Dime, and a nursing home, working up to three at a time, for several years. After these jobs, she found the career she truly loved as a Federal Civilian with the Department of the Army at USAG Fort Hood. She worked in the Supply Branch for many years.  In addition, she worked in other positions at Fort Hood like in Tools and Parts, and Laundry as a presser. She received numerous awards and bonuses, and while in Supply quickly learned all the issue numbers of the tools and parts. Several high-ranking soldiers expressed love and admiration for her exceptional knowledge of the job.

After retiring from Fort Hood, she found she did not like being idle; she returned to the work force to tend to others at several nursing homes.  She finally retired at the McGregor Nursing home at the age of 82, still working double shifts.  Her work ethic is unmatched!

She was a wonderful, amazing woman.  She had a great love for people, and being extremely devoted to her own family, helped raise three of her grandchildren. She had a special love for sewing and quilt making, crocheting, and ironing, doing so until she was no longer physically able.

Lorene was preceded in death by her husband JB, her parents, and nine brothers and sisters.

To order memorial trees or send flowers to the family in memory of Lorene L. Wilson, please visit our flower store.