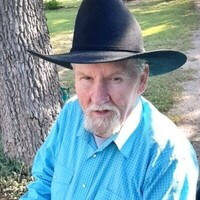 Lonnie Earl Robinson was born on February 28, 1952 in Gatesville, to the late Earl Paul and Shirley Faye Clopp Robinson.  He worked hard his whole life, mostly for Anchor Industries (DeckBoat) in Gatesville and Alexander Molding in Hamilton, before retiring.  He married Betsy Ayers on June 12, 1987.  He loved to hunt, fish and enjoyed all sports.  He also enjoyed listening to music, but his greatest love was football.  The Dallas Cowboys was his team, but he followed high school and college teams as much as he did the professional football league.  There wasn’t anything you could ask him that he couldn’t answer about football.  He loved his dogs about as much as he did his wife and kids.

He was preceded in death by his parents; brother, Donald Robinson; and a granddaughter, Chloe Robinson.

To order memorial trees or send flowers to the family in memory of Lonnie Robinson, please visit our flower store.