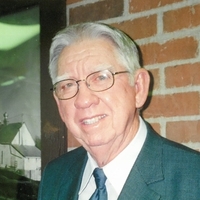 Funeral services will be held at 10:00 a.m., Monday, May 16, 2022, at the First United Methodist Church in Evant, with Rev. Denny Dutton officiating.  Interment will follow at Smith Cemetery in Purmela.  The family will receive visitors from 2:00 to 4:00 p.m. Sunday, May 15th at Scott’s Funeral Home in Gatesville.

Lonnie Roy Nottingham was born on December 27, 1936, in Falls County, to the late Edward and Hilda Steinke Nottingham.  He grew up and went to school in Riesel.  He married Dian Smith on May 31, 1969, and they resided in Hallsburg, moving to Evant in 1978.  He was a farmer and rancher and in road construction all his working life, operating a maintainer.  He enjoyed league bowling in his younger years, hunting and fishing and restoring his 1957 Chevrolet truck.  His wife preceded him in death on April 4, 1996.  After her death, he became a member of the Single’s in Agriculture group and enjoyed traveling all over the United States with them.  He was a longtime member of the First United Methodist Church of Evant.

To order memorial trees or send flowers to the family in memory of Lonnie Roy Nottingham, please visit our flower store.