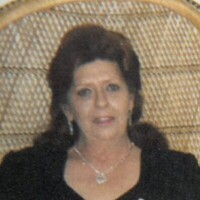 Linda Joyce Cooper, 80, of Gatesville passed away Wednesday, June 22, 2022. There will be no services or viewing, as Linda wished to be cremated.

Linda was born May 14, 1942 in Waco, Texas to Arthur Dalton Cooper and Grace Eunice Werner Cooper. She attended grade school through high school in Waco and was involved in several different sports while in junior high and high school. She also earned her degree in Computer Science as a programmer. After working several different jobs, she went to work at Holiday Inn, where she was a waitress, cashier, then a sales representative. Linda worked several years there, then went to work as an over the road truck driver for many years. She transferred to Houston where she drove for a while, then became a terminal manager of a trucking company.

Linda moved to Gatesville in 1991 to be closer to her sister. She went to work for EMC Construction at Mates. After her health started to decline, she retired. She was a member of Trinity Baptist Church. She was also a member of the VFW Ladies Auxiliary, where she served as President for over ten years. She was very proud to be selected Mrs. VFW for the 2009-2010 year.

Linda was preceded in death by her parents and a nephew, Richard Durell Beckworth.

To order memorial trees or send flowers to the family in memory of Linda Joyce Cooper, please visit our flower store.