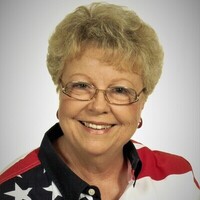 Funeral services will be 2:00 pm, Saturday at Scott’s Funeral Home. Burial will follow at Restland Cemetery. Visitation with the family will be one hour prior to the service.

Linda Sue Baize was born on April 6th, 1944 in Clifton, Texas to the late Edwin August Massirer and Agnes Leola Gohlke Massirer. Linda attended school in Crawford and married Burney Bob Baize of Gatesville on February 4th, 1961, settling in the Coryell City community to raise their family, farm, and ranch. Linda worked for 32 years at the Texas State School for Boys and later the Texas Department of Criminal Justice, both as a correctional officer and commissary manager. Working for TDCJ took her and Burney to Brazoria where they made several life-long friends. Linda and Burney were members of Cedar Ridge Church of Christ in Gatesville. Linda was a wife, mother, grandmother, and great-grandmother. She was loved by so many. She was a woman with several interesting hobbies and was known far-and-wide for her good cooking including bread pudding, cabbage rolls, fried chicken, and fried okra.

She was preceded in death by her parents, her sister, Betty Jo Massirer, and her younger son, Michael Wayne Baize.

To order memorial trees or send flowers to the family in memory of Linda Sue Baize, please visit our flower store.