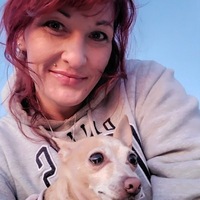 Memorial services will be announced at a later date.

Lillie was born on June 5, 1977 in Clifton to Martha Brown (Stubblefield) and the late Len Dail Stubblefield. She grew up and attended school in Temple, Belton and Gatesville. She was a member of Calvary Baptist Church in Temple. Lillie had attended beauty college in Temple and worked as a cosmetologist for years in Temple and Belton.  Lillie was a third generation, named for her grandmother and great grandmother. She was born way too early weighing less than 3 pounds but she was a fighter and survived by God’s grace. With a grandson on the way. Lillie was so excited about being a grandmother, or La La, as she decided to be called.

She was preceded in death by her father in 2000; sister, Sonya Lynn Stubblefield in 1990; grandparents; Charlie A. and Lillie M. Brown, William and Elizabeth Stubblefield.

Lillie is survived by her mother, Martha Brown; daughters, Cameron Rene Upchurch, Chrissandra Lynn Upchurch; sister, Nita Stubblefield. Along with many aunts, uncles, cousins and extended family. She had a Chihuahua named Tequila who was her baby that went everywhere with her, as she was her emotional support.

The family has designated memorials be given to Ever Loved on Facebook.

To sign the guest book or send condolences, please see tab to the left.

To order memorial trees or send flowers to the family in memory of Lillie Dail Upchurch, please visit our flower store.