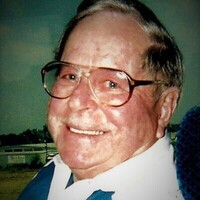 Johnny was born on January 28, 1929 in Gatesville, to the late C.E. (Charley) and Edith Walker Freeman.  He graduated from Pearl High School in 1946.  Shortly after high school, he entered the U.S. Navy, serving four years until being honorably discharged.  He was a farmer and rancher for many years.  He also owned apartments in Gatesville and Copperas Cove, until retiring.  He has resided in Comanche for the last several years.

He was preceded in death by his parents and wife, Mary.

To order memorial trees or send flowers to the family in memory of John L. Freeman, please visit our flower store.