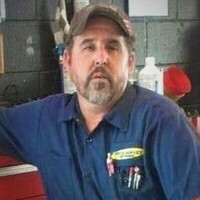 Joel was born on January 27, 1973 in California.  He was a wonderful father friend and a mechanic. When Joel wasn't working on or restoring old cars, he could be found enjoying a cold beer and slice of salami with his close friends, while watching NASCAR or classic movies. He had a passion for martial arts and traveling the 50 states and was a huge history enthusiast. When Joel lost his best fur buddy a year ago, he moved to Texas to be close to his friends, Julie Mustin and Howie. His words were, "this is where home should have always been".

He was preceded in death by his father, grandparents, and his favorite, Zeke.

Joel is survived by his son, Jason Craig of Colorado and will be forever missed by his family and friends from coast to coast.

To order memorial trees or send flowers to the family in memory of Joel Craig, please visit our flower store.