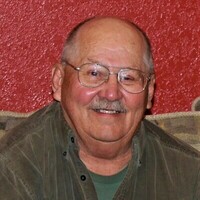 Joe was born on November 16, 1940 in Gatesville, to the late W. Mat and Mildred Graves Jones.  He grew up in Gatesville and graduated from Gatesville High School in 1960 and later attended Tarleton State University.  He served in the U.S. Army in the mid 1960’s.  After his discharge he went to work for Santa Fe Railroad, where he was an engineer until his retirement in 2003, with 34 years of service.  He enjoyed golf and collecting guns.  He was a 50 year member of Gatesville Masonic Lodge #197 A.F. & A.M. and the First United Methodist Church.

He was preceded in death by his parents; grandson, Dustin Pietsch; two brothers, Joel Jones and Jan Jones.

To order memorial trees or send flowers to the family in memory of Joe K. Jones, Sr., please visit our flower store.