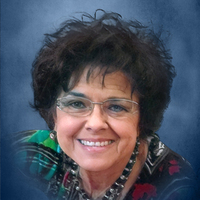 Jerry McCarver age 76 of Gatesville, passed away on Thursday, November 12, 2020 in Waco.

Graveside services will be held at 2:00 p.m. Saturday, November 14, 2020 at Turnersville Cemetery.

Jerry was born on November 18, 1943 in the Turnersville community, to the late James Henry and Lyda Dee Hollingsworth Thomson.  She grew up in Killeen and graduated from Killeen High in 1962.  She married Glen McCarver in 1970.  She co-owned and operated The Bean Bag in Gatesville and later worked for TDCJ.

She is survived by sons; Rodney Hanson and Terry McCarver and wife, Linda; five grandchildren and nine great grandchildren.

To order memorial trees or send flowers to the family in memory of Jerry McCarver, please visit our flower store.