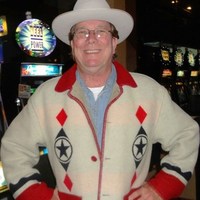 Jerry was born on Sept. 26, 1946 in Gatesville, to the late Fritz and Gloria Deavers Koch.  He graduated from Gatesville High School in 1965.  He married Linda Schange on June 3, 1966.  He attended North Texas State University until he was drafted into the Air Force in 1969, where he was stationed at Fairchild Air Force Base in Spokane, Washington.  He was a Survival Instructor training pilots and their crew in the Vietnam War.  After his honorable discharge in 1973, he returned to North Texas State University and graduated with a Bachelor of Science Degree in Secondary Education in 1974.  They moved to Dallas, where he began a career in the fast-food industry, working his way up to Vice President for the southwest region of the nation for Taco Bell.  He was instrumental in developing Taco Bell’s “Value Menu”.  He retired from Steak & Ale in 2006.  After his retirement, he and his wife returned to their home in Gatesville where he devoted all of his time and energy to their place, the “Lucky Buck”.  His rock work is legendary and he was passionate about continually building rock fences and towers at their place.  He was a member of the Sons of Republic of Texas of which he was very proud to be a part of.  In November of this year, he was sworn in as a member of the Sons of the American Revolution at a ceremony in New Braunfels. He was a founder of the “OPEN ROAD SOCIAL CLUB” in Gatesville.  They are known and recognized for wearing the “Silver Belly Open Road Stetson” hat.

In lieu of flowers, the family encourages memorials to be made to the Ronald McDonald House @ http://www.rmhc-temple.org/ or St Jude Children’s Hospital @ st.jude.org/donate.

To order memorial trees or send flowers to the family in memory of Jerry Koch, please visit our flower store.