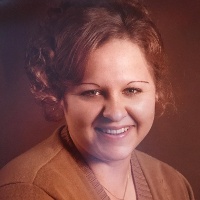 Jeanette S. Blocker-Madrid, age 57 of Gatesville, passed away at her home on June 4, 2019. The family will have a private service held in Kosciusko, Mississippi.

Jeanette was born on October 18, 1961 in Los Angeles, CA to the late Alphus Eugene Blocker and Altha Tatum Blocker.  She grew up and attended school in San Fernando Valley, California. She came to be known as Netty, but more so, on the softball field as Jet.  She then moved to Kosciusko, Mississippi where she raised her two sons and attended Nursing School at Holmes Community college. There are so many things we could list but the people she came in contact with will remember her for how wonderful a parent and friend she was, or even a shoulder to lean on. She had a passion for helping the elderly and spent her career doing so until her own health concerns caused her to retire in 2009. She moved to Oregon in 2002  and later moved to Gatesville, TX in 2013 to be with her son Jessie. She took joy watching her grandchildren play golf, softball and baseball. Jeanette was a loving mother, sister, nana, nurse and friend. She will be greatly missed by all who knew her and will be forever remembered.

She was preceded in death by her parents.

Memorials may be made to the American Diabetes Foundation & National Kidney Foundation.

To order memorial trees or send flowers to the family in memory of Jeanette Sue Blocker-Madrid, please visit our flower store.