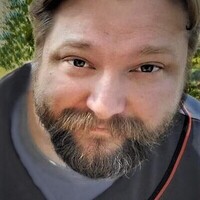 Thomas Jason Walden Jason Walden, age 41 of Gatesville, passed away on the evening of August 14, 2021. Memorial services will be 11:00 am, Friday, August 20, 2021 at Trinity Baptist Church. Jason was born on February 28, 1980 in Michigan City, IN. He grew up and attended school in southern California. After high school Jason joined the United States Navy where he proudly served for 8 years before being Honorably Discharged. He loved cars, movies, video games, target shooting and debating anyone on anything. Gone way too soon, Jason will be dearly missed by all that knew him. Jason is survived by his wife of 18 years, Angela Walden; son, Michael; daughter, Kaitlyn; mother, Melissa and stepfather Michael; brother, Travis; sister, Jessica; and many aunts, uncles and cousins.
To order memorial trees or send flowers to the family in memory of Jason Walden, please visit our flower store.