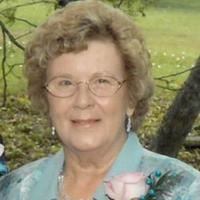 Janie M. Johnson, age 83 of Gatesville, passed away on Thursday, December 26, 2019 in Gatesville.

A celebration of Janie’s life will be held at 3:00 p.m. Monday, December 30, 2019 at Scott’s Funeral Home Chapel, with Blake Johnson officiating. Visitation with the family will be one hour prior to services at the funeral home.

Janie was born on August 25, 1936 in Belton, to the late Jack and Laverne Cosper Ratliff.  She grew up and went to school in Belton, along with her six brothers and sisters, which she helped raise.  She married Claud Johnson on April 23, 1955.  They started their family in 1956 and raised four children.  They resided in south Bell County, moving to Gatesville in 1969.  She worked for H.E.B. for over 20 years at several locations, where she met life-long friends and truly loved to visit with customers and co-workers.  After retirement, she continued to nurture and care for her grandchildren and great – grandchildren.  She enjoyed traveling to Maine and visit her extended family, going to Colorado with Claud and their friends, and attending school and community functions.  She also was the bookkeeper for their construction company, CBS Johnson Construction until Thanksgiving of this year.

Memorials may be made to the charity of your choice.

To order memorial trees or send flowers to the family in memory of Janie M. Johnson, please visit our flower store.