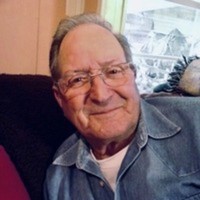 Visitation was held on Wednesday, January 15, 2020 from 5 – 8 p.m. at Stringer & Griffin Funeral Home Chapel in Woodville.

Services in Gatesville, Texas will be held on Saturday, January 18, 2020 beginning with visitation from 12 p.m. – 2 p.m. at Gatesville Scott’s Funeral Home followed by burial at Restland Cemetery in Gatesville. Officiating will be Brother Kris Napier. Serving as pallbearers will be Caleb Parrish, Dustin LeBlanc, Levi Hayes, Tyler Cox, Tres Botkin and Todd Sandig.

Jim was born on August 24, 1940 in Parks, Arkansas to the late Ernest and Lyda Hayes. He married Jeanne Featherston on September 29, 1965. They met while Jim was stationed at Fort Hood while serving in the Army. After marriage they lived in Gatesville and worked at Anchor Plastics. They later moved to Port Arthur where he began his career at Dupont Beaumont Works where he retired after 33 years in 2003. They moved to Spurger on December 24, 1986. Jim was an avid horseman who loved to ride and train horses. After retirement he enjoyed helping his friends, taking care of cattle, working in the hay field, and going to cow sales. Jim spent many mornings going to the Mott’s Hardware store to have coffee with the coffee club. He was known by his friends as the Mayor of Spurger.

To order memorial trees or send flowers to the family in memory of James "Jim" Wesley Hayes, please visit our flower store.