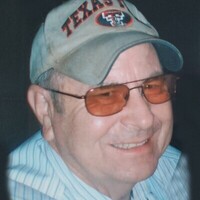 James “Jim” Webster Buster, 72, of Hamilton, passed away on Saturday, February 6, 2021 at Providence Hospital, in Waco. Graveside services will be 2:00 p.m., Friday, February 12, 2021 at Ater Cemetery with Josh Pruett officiating.

Jim was a Christian man of Faith, a beloved husband, father, brother, Papa, uncle and friend to many. The last few years of his life if you saw Jim (Papa) you saw at least one of his grandchildren if not all of them.  He loved his family and will be greatly missed.

Survivors include his son, Christopher Buster and wife, Lauren and their two children of Moody, son David Buster and wife, Cynthia and their 3 children of Lubbock; daughter, Casey Whitehead and husband, Todd and their 4 children of Lampasas; step-daughter, Tammy Wallace and husband, Paul of Kingston, OK; sisters, France Grizzle of Mansfield, Christine Grizzle of Hamilton, and Sandy Frost of Dublin; brother, Willie and wife, Shirley of Waxahachie; sister-in-law, Linda Buster of Jonesboro, along with numerous nieces and nephews.

Jim was preceded in death by his wife, Lisa “Mitchell” Buster; parents, Cecil and Edith Buster; brothers, Jack Buster and Teddy Buster; along with three brothers-in-law.

Blessed are the peacekeepers, for they shall be called the children of God.  -Matthew 5:9

To order memorial trees or send flowers to the family in memory of James “Jim” Webster Buster, please visit our flower store.