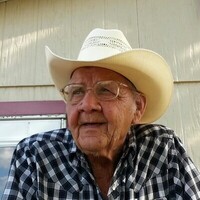 Jake was born on August 19, 1928 in Coryell County to the late Jesse and Myrtle Stephens Richardson. He grew up in the Mound and Coryell City area. Later on, Jake moved to the Temple/Belton area where he resided most of his life.  In 2010 Jake moved back to Gatesville to be closer to family. Jake was a truck driver for over 30 years. He started his career working for the Erwin family in Gatesville and then retired from Wendland’s Feed and Seed Co. After retirement Jake would pass the time doing odd jobs and working in his yard. Jake loved spending time with family and watching old western movies, especially John Wayne.

To order memorial trees or send flowers to the family in memory of Jacob "Jake" Larry Richardson Sr., please visit our flower store.