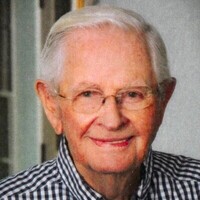 Funeral services will be held at 10:00 a.m. Wednesday, July 6, 2022 at the First United Methodist Church of Evant, with Rev. Bob Weathers officiating.  Interment will follow at Murphree Cemetery in Evant.  The family will receive visitors from 5:00 to 7:00 p.m. Tuesday, July 5th at Scott’s Funeral Home.

Charles Lloyd “Jack” Elam was born January 22, 1917 in Pearl, Texas, to the late Charley and Henrietta Edmondson Elam. He graduated from Pearl High School in 1936 and later attended 4 C College in Waco.

Jack married Catherine Austin on September 24, 1938. He worked on highway construction as a dump truck driver and shovel operator until 1941, when they moved to Evant and purchased, as well as operated the cotton gin.

On February 22, 1944, Jack was inducted into the Army, serving in WWII as a Corporal with the 10th Mountain Division, 86th Regiment, Company D.  He received the Bronze Star for his actions in Apinninas and Po River Valley in Italy. After his military service, Jack owned and operated Evant Feed Mill and Evant Water Works. At the same time, he had an egg farm with 50,000 chickens and operated feed lots with the capacity of 200 cattle. In 1963, he bought stock in the First National Bank in Evant.  He worked there in several capacities, with his wife Catherine.  He served as chairman of the board and president of the bank, until his retirement in 1986.  He served as Chairman of the Housing Authority Board in Evant, where he was proud of making it possible to provide ten government housing units in 1970 and 1971. He was a member of the First United Methodist Church of Evant, former member of the Lions Club and other civic committees. He has been a member of the Bee House Masonic Lodge #550 A.F. & A.M in Evant since 1943 and Waco Karem Shrine since 1963.  He was also a former member of the Texas Bankers Association.

He is survived by his daughter, Linda Kay Comer of Evant; grandson, Charles and wife, Krissy; and great-grandchildren, Charlie, Caroline, and Cort; and a nephew, Curtis Manning and wife, Joyce.

Mr. Elam’s family wishes to extended their appreciation and gratitude to his caregivers that loved and cared for him.

To order memorial trees or send flowers to the family in memory of Jack Elam, please visit our flower store.