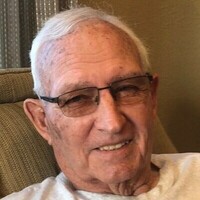 Harold Gene Cohagan, age 84, of Gatesville passed away Sunday, October 9, 2022. A Celebration of Life will be held at 1:00 p.m., Saturday October 22, 2022 at Scott’s Funeral Home. Burial will follow at Restland Cemetery. Visitation will held be one hour prior to the Celebration of Life. For those unable to attend, Mr. Cohagan's service will be livestreamed at the link below his obituary at https://www.scottsfh.com/obituary/harold-cohagan.

Harold was born October 24, 1937 in Leon Junction, Texas to the late Charles Frank and Vera Lee (Whitenburg) Cohagan. He graduated from Gatesville High School. Harold then pursed a lengthy military career where he received extensive technical and military training.

On August 10, 1963 Harold married the love of his life, Jeanne Cummings, and they spent 53 years together before her passing in 2017.

Harold proudly served his country in the United States Army. While in the military he worked at M.A.T.E.S. and also served in the National Guard.  During this time he served as a volunteer firefighter and received training as an EMT. He was a member of the Coryell County Sheriff’s posse for many years. After retiring from the military Harold and his family quickly realized that he was unable to sit still and enjoy the “retirement” life style. He worked at the Ford Dealership in Gatesville as manager of parts and services until he retired. It came as no surprise to the family when Harold suddenly announced he was going to work at the Coryell County Sheriff's Department where he proudly worked until his third and final retirement.

There was nothing Harold loved more than spending time with his family, fishing, cooking, building/repair projects, and watching the Dallas Cowboys. He was a huge animal lover and all of the family pets knew where to get the best treats. He loved helping Jeanne’s father Windy Cummings with his farm and livestock, and for a  period of time had a farm of his own. His whole life was centered around his family and friends.

Harold was preceded in death by his parents and his beloved wife, Jeanne.

To order memorial trees or send flowers to the family in memory of Harold Gene Cohagan, please visit our flower store.