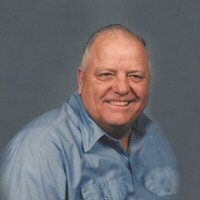 Guy was born on September 13, 1938 in Salem, NM to the late Bill and Bradie Evans. He grew up and attended school in Silver City, NM. After high school Guy started ranching. He met Dorothy Brown in 1956 and they were married four years later in Farmington, NM on February 12, 1960.  They were married for 41 years before Dorothy preceded him in death. Guy was a mechanic and gun smith and enjoyed working with wood and metal. Guy loved the outdoors and was an avid fisherman and hunter. He could build and or repair anything. Guy enjoyed trying different ideas, and perfecting thoughts he created. If you had an idea just bring it to Guy Evans and soon you had the result

He was preceded in death by his wife, Dorothy Evans; daughter, Candy Krauss; parents; two brothers; and four sisters.

To order memorial trees or send flowers to the family in memory of Guy L. Evans, please visit our flower store.