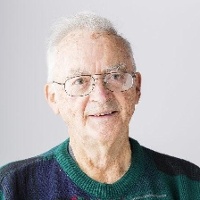 Garry was born in Spokane Washington on September 7, 1935. He was the only child of Mervin H. Miller and Viola Myrtle Sims. He was married to Sheron Kay Barbour from 1960 to 1977 and moved to Waco at that time. He married Dixie W Shelton Ellis on Jul 27, 1980.  Garry graduated from Washington State University and was an avid Cougars fan. He sported a Wazzu plate on his car and would often travel in for the annual homecoming game. He was a chemical engineer and started his career at Rocketdyne and worked at the same plant until his retirement.  He received a certificate of recognition from President John F. Kennedy for the team’s work on the Apollo mission. He served a vestry member at St. Albans Episcopal Church, the board of Rocket Federal Credit Union and as the McLennan County Democratic chairman.  Garry loved to play golf, read and do crossword puzzles. He was a wonderful husband, father and friend and will be dearly missed by all his family.

He was preceded in death by his parents, his half-sister Viola Joyce Kolasa Powell and his grandson Chris.

Garry is survived by his current wife Dixie Miller of Waco, his adopted daughter Michele Long and husband Mike of Great Falls, MT; his daughter Deborah McLaughlin and husband Russell of Montgomery, TX; his daughter Cynthia Segrest and husband John of Round Rock, TX; his stepson John Ellis and wife Marquita of Ft Worth; his stepson Danny Ellis and wife Ronda of Round Rock.  Other survivors include his six grandchildren Jay, Jill, Ashly, Bethany, Amy and John and several great grandchildren.

To order memorial trees or send flowers to the family in memory of Garry Ray Miller, please visit our flower store.