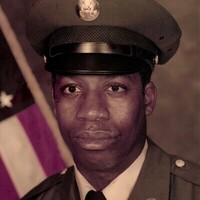 Eddie Gene Johnson was born on December 19, 1951 in Odessa to the late Mose Johnson and Hannah Jean Hainsworth Johnson.  He graduated from Gatesville High School in 1971 and after graduation began working for the City of Gatesville.  He entered the U.S. Army and was honorably discharged in the 1970’s.  After his discharge, he returned to work for the City of Gatesville and later for Waste Management, when the city entered in a solid waste contractual agreement. He married Mary Ann Moore on May 15, 1988.  Eddie enjoyed football and was an avid Dallas Cowboy football fan.

He was also preceded in death by a brother, Mose Wayne Johnson; and a grandson, Dominique Moore.

To order memorial trees or send flowers to the family in memory of Eddie Johnson, please visit our flower store.