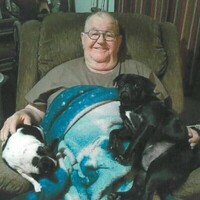 Funeral services will be Monday, November 7th at 11:00 a.m. at Scott’s Funeral Home with burial to follow at 3:00 p.m. at Central Texas State Veterans Cemetery in Killeen. Visitation will be Sunday, November 6th from 2:00 to 4:00 p.m. at the funeral home.

Donald was born June 7, 1948 to Merville Howard White and Dorothy Juanita Coston White. He was the 7th of 10 children and is survived by 4 of them, Phillis Jones, Howard White, Lonnie White, and Clydene Leos.

He proudly served in the US Army from 1968 to 1977 with two tours into Vietnam and acquired the rank of E5. He was awarded the National Defense Service Medal, Vietnam Service Medal with 4 bronze stars, RVN Vietnam Campaign Medal w/Device 60, 2 Overseas service bars, Expert M16 medal, 2 service stripes, Vietnam Cross of Gallantry with Palm (Unit), good conduct medal twice, and Army Commendation medal. He was always very proud of his military service. Donald was a strong supporter of wounded warriors, DAV and the VFW.

He was a “jack of all trades”, and he did things his way. If it was not done his way, he would let you know it was the wrong way. He worked in refrigeration, heating and cooling while in the Army and continued to work with AC and heating when he got out. He was stubborn and bullheaded, but a kinder or more loving man would be hard to find.

Donald is survived by his wife of 16 years, Lisa Ginn-White; his son, Donnie White and wife, Cleda; and his stepchildren, Crystal Cockrell and her husband, Charles Cockrell, Robin Stafford, Samantha Hernandez and her husband, Jacob Hernandez, and Jonathan Ginn and his wife, Camy Ginn; 12 grandchildren; and 4 great grandchildren. He was preceded in death by one granddaughter, Harmony Hernandez.

To order memorial trees or send flowers to the family in memory of Donald Wayne White, please visit our flower store.