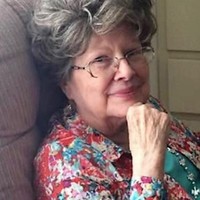 Dianne Lois Chitwood Dollins of Gatesville, went to be with the Lord on March 16, 2020.

Services are postponed until a later date and will be announced as soon as possible.

Dianne was born on January 24, 1936 in South St. Paul, Minnesota to the late Mack and Leona Wilde. Her father was in the Army and stationed in Fort Hood in 1948, bringing her and the family to Texas. After many years of living in Killeen, she moved to Gatesville in 1974. She worked as a loan officer and retired after 33 years of service with the Fort Hood Federal Credit Union. She deeply loved the Lord, her family, and friends.

To order memorial trees or send flowers to the family in memory of Dianne Chitwood Dollins, please visit our flower store.